Please welcome the awesome Migui Ocampo to the blog! I’m delighted Migui was happy to share more about his playing and experiences with us. How amazing is it to hear from players from all over the world?!

I hope you enjoy this, and please get in touch if there’s someone you’d like to hear from next!

Well, I started very small, I would be about 4 years old, thanks to my uncle because he plays in the Luar Na Lubre group, at the beginning he started teaching me but from one day to another I stopped doing it and several years later when I formed my first band  I began to improve and discover many things until today.

I was born in A Coruña (Galicia) in 1999. My interest in music and the Bodhran in particular comes thanks to my uncle, Patxi Bermúdez, percussionist from Luar Na Lubre, with whom he began to practice.  In 2016 he starts playing as a drummer in A.C.  Triskell in Arteixo, where his uncle was the teacher, his and more students.  There he begins to have contact with Bieito Romero Diéguez, son of Bieito Romero de Luar Na Lubre, Miguel and Pablo Rosales Reboiras, who went to classes too, the four begin playing for fun on the weekends until it becomes a routine and every time  more serious.
This is where a group called Dequenvessendo was born, of which the four are the founders, playing in many bars in A Coruña and Galicia, improving their technique at the time of playing, thus becoming professionals.  In 2017 they win the 3rd prize of the quartet in the Xacarandaina contest, becoming that same year in the drum teacher at the A.C.  Triskell  He played at festivals such as Carballeira de Zás, Folk Festival of the Mute of Ortigueira being my group Dequenvessendo winner of the Runes2019 contest.
Currently I shared the stage with Luar Na Lubre, Briganthya, Pat Kilbride, Andrés Penabad, Milladoiro and many more. 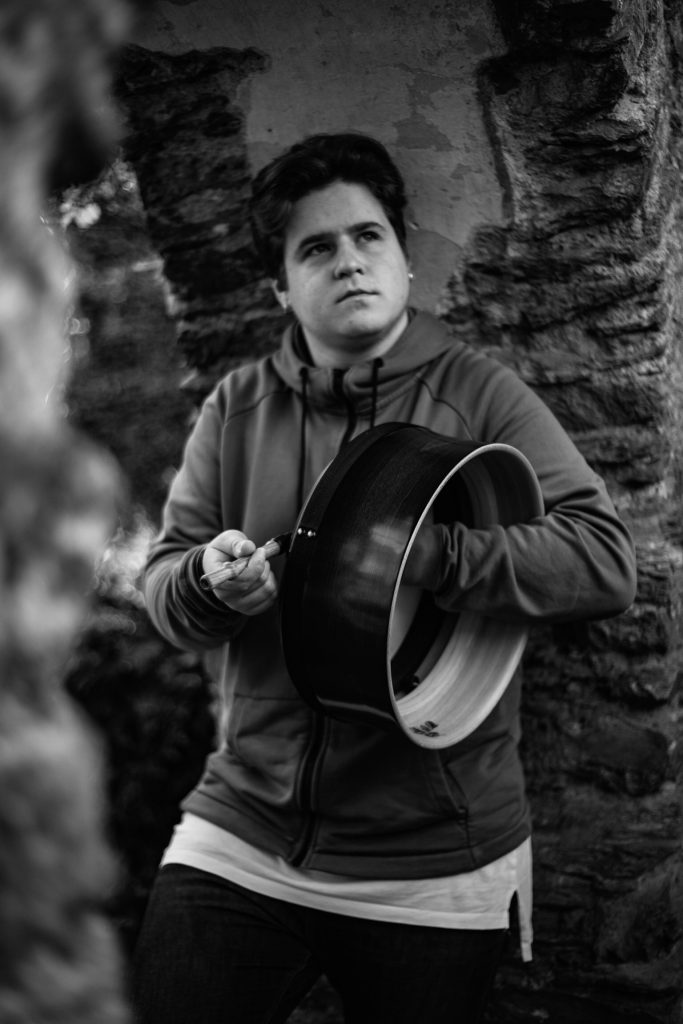 At first as I said before my uncle, but once I began to investigate only the one that John Joe Kelly but many more like Adam Brown, Eamon Murray, Martin O’Neil, Pablo Vergara, David Foley, Rónán Ó Snodaigh, Colm Phelan,  Robbie Walsh ….. etc.

Well, mainly being very motivated, watching many videos, watching groups that I like live and having many concerts. 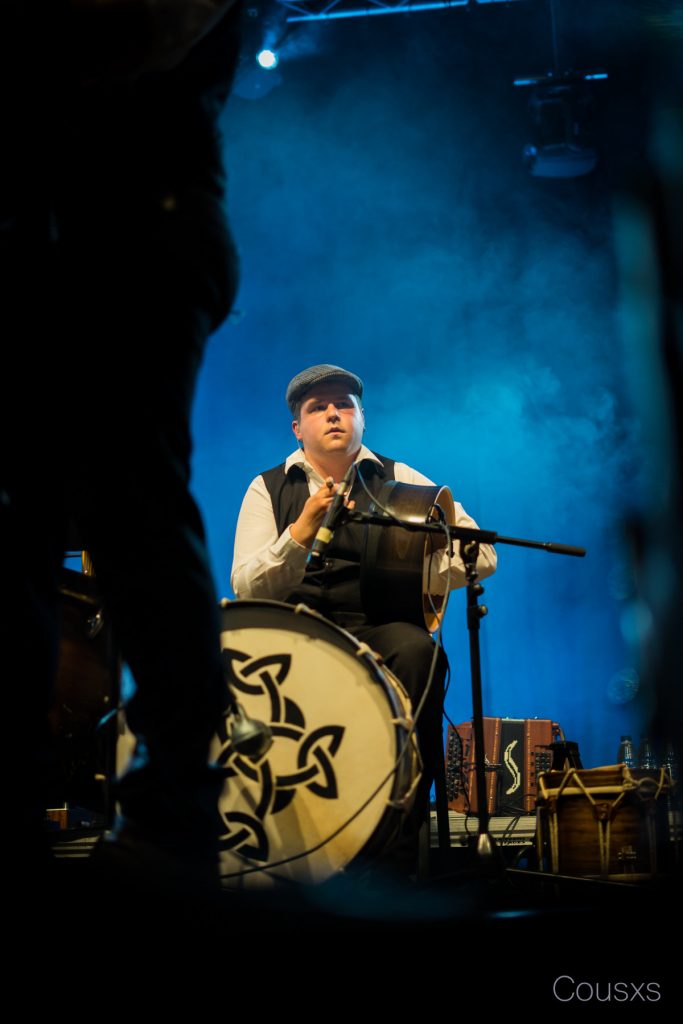 Well, I don’t think there is one in particular, it is something of fighting and improving every day.

Well, I have several bodhrans but I am currently using a Christan Hedwistchack Martin O’Neil Signature, Palos usually use a MopGrip by Steve Moises, and some made by me and my uncle, and some fine wood to do alone at concerts and now  I just recently started with a fine one for the solo of Acrylics from Changwood. 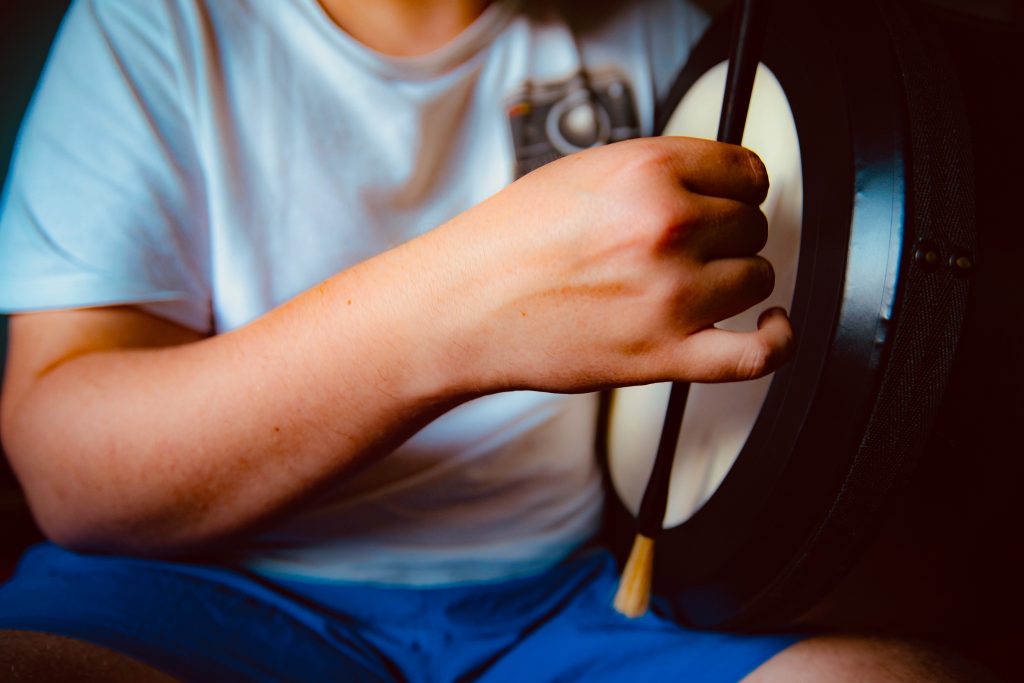 Well, I don’t think I have anything in that matter, to me what I like most about the personally esque is a mix between the bodhran players that I like most then it seems perfect.

Well, that you have and start with great desire, that you never give up and if you want to learn on your own that you will see many concerts, that you watch many videos of bodhran players, that you go to many sessions and that you dedicate a little rehearsal  every day.

Here’s where you can find Migui online: