This post features the amazing bodhrán player Cara Wildman. I’m so excited to have her as the first female player profile! While there aren’t as many female players around, there are some very good ones, and I really want to make sure that I highlight them as well.

I came across Cara’s playing a while ago but remembered her again when I had a comment on one of my Facebook posts asking who people would like to hear from next, so I reached out to her and was so happy when she agreed to write a post for us.  Not only is it great to hear from another female player, but I also really appreciate her perspective and experiences as a North American who has come to this side of the pond to learn more about the bodhrán and its culture.

I hope you enjoy this, and please get in touch if there’s someone you’d like to hear from next!

Music, in all its forms, has always been a huge part of my life. My parents are avid dancers and Western Swing conniserours, and our family watched ALL the musicals growing up. I remember listening to tons of folk music (Irish included!), and have fond memories of dad and I playing old country music together on the porch at our cattle ranch in the evenings. I began my musical adventures playing harmonica and piano when I was ten years old, and in 6th grade became part of the band at Howe Middle School, joining the percussion section. I went on to study music education in college at Texas Christian University, completing my bachelor’s and master’s degrees in music education with a focus on percussion.

During my time at TCU I rediscovered my love of folk music, and this rekindled interest in folk music made me want to learn to play Irish music, and not just be a listener any more. Bodhrán seemed like a logical choice of instrument since I love rhythm and already played percussion! I heard about a North Texas Irish music weekend where you could learn to play Irish music–the O’Flaherty Irish Music Retreat–and enrolled in the 2012 bodhrán class with Máirtín de Cógáin. I continued my study at the 2013 O’Flaherty Retreat, and was awarded a scholarship to study with Myron Bretholtz. After the 2013 retreat I decided that I wanted to take my playing to the next level, and started looking at the University of Limerick’s Master’s degree in Irish Traditional Music Performance. Hours of practice, three auditions and several years later, I earned one of the 18 spots in the degree program and began a journey that would change my life in ways I never could have imagined. I was able to study with some of the best musicians in the world, to make life-long friends, and to be immersed in the culture in a new way. Ireland changed not just the way I thought about music and education, but the way I thought about life! I finished my degree in 2017, and while it was the closing of one chapter in my life, I felt like it was only the beginning of a whole new journey for me. 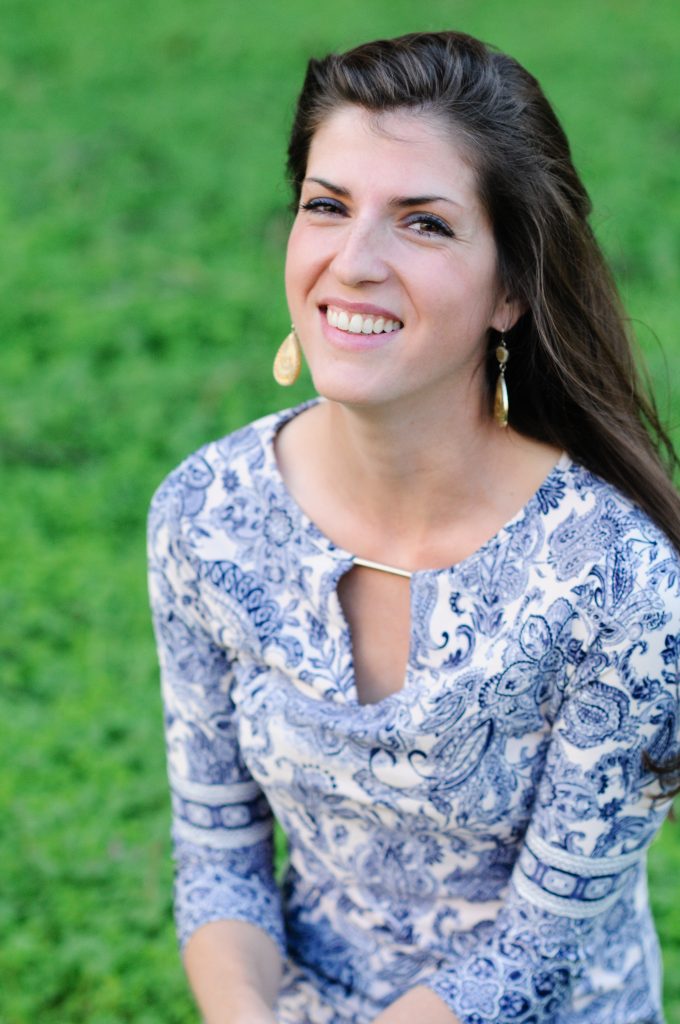 Besides the above players, I hold Jim Higgins, Martin O’Neill, Eamon Murray, Cormac Byrne, Colm Phelan, Robbie Walsh, and Colm Murphy in very high regard. Their styles are all very different, and have all added to who I’m becoming as a player today.

Listen to/play with musicians who are better than me, go see live music, continually challenge myself in my playing, and session regularly with friends!! 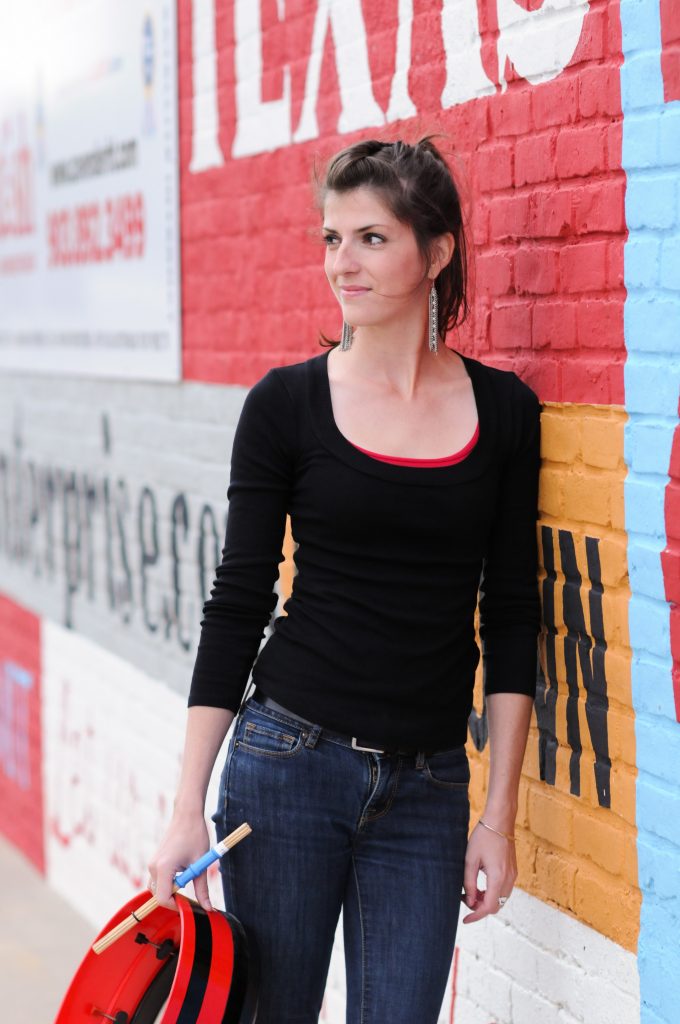 I think my biggest struggle in learning bodhrán was two-fold: figuring out how to make the transition from a classically trained musician to a traditional one, and figuring out what the heck to play!!! Coming from a world where everything is notated for you–and you don’t stray from that notation–into a world where there are far less rules and much more room for individual creativity was incredibly freeing and incredibly terrifying at the same time. I knew what to play for the basic tune types, but going beyond that to figure out what made each individual tune special, and how to feed off what the musicians around me were doing took a lot of listening and a lot of practice.
Besides that, I felt like as an American not born into the tradition that I had sooooo much catching up to do (I did…), and that there was some unattainable standard of what it meant to be an Irish musician. I was so worried about doing things the “Irish way,” which in reality was an arbitrary set of rules I had created of what I perceived to be “the Irish way.” It took dear friend and classmate Colm Phelan telling me that I was worrying too much about “offending people and offending the tradition…” and that “music is music, and you’ve gotta do what is right for the music, and what you feel is right for the music…you’re too worried of what people think of you rather than just being happy with how you play” that really got me out of my own head and gave me the permission to just PLAY. That was a big turning point for me to take a chance and dive in and play how I wanted to play. It took me about seven years to get to that point, and while there are still things I want to learn and improve on, overall I’m happy with how I play!

I have my own line of bodhráns, so I play the Cara Wildman Signature Line by Rob Forkner at Metloef drums, Protection Racket Cases, and the HedRod tipper by Stevie Moises. 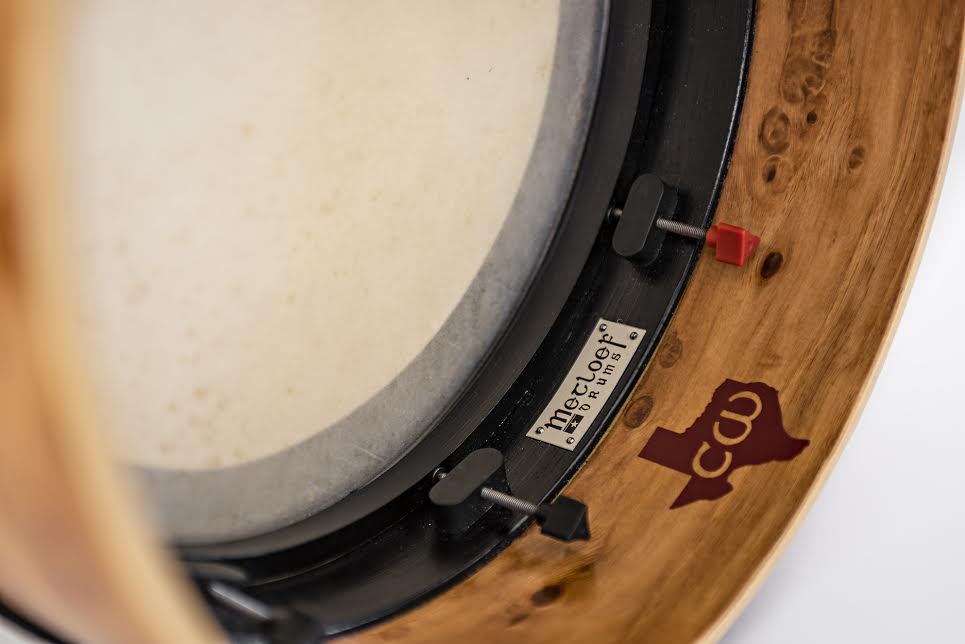 I’m not really sure how to answer this question. My initial answer was that I know the tunes, and pull out bits from both the melody players and the backers to add into my own playing without overtaking the melody, but I feel like any bodhrán player worth their salt should be doing that, and it’s not something that makes me individual or unique as a player.

Listen to great musicians (and not just bodhrán players!!), play with people who are better than you, listen, learn the tunes, listen, be open to criticism, and don’t forget to LISTEN.

Don’t be afraid to be terrible before you become great. It’s the work in the trenches that will make you a great player later on! Rome wasn’t build in a day, and neither will your bodhrán playing be, so know that every day you choose to pick up your drum and get better is another brick in your Colosseum.

Here’s where you can find Cara online: 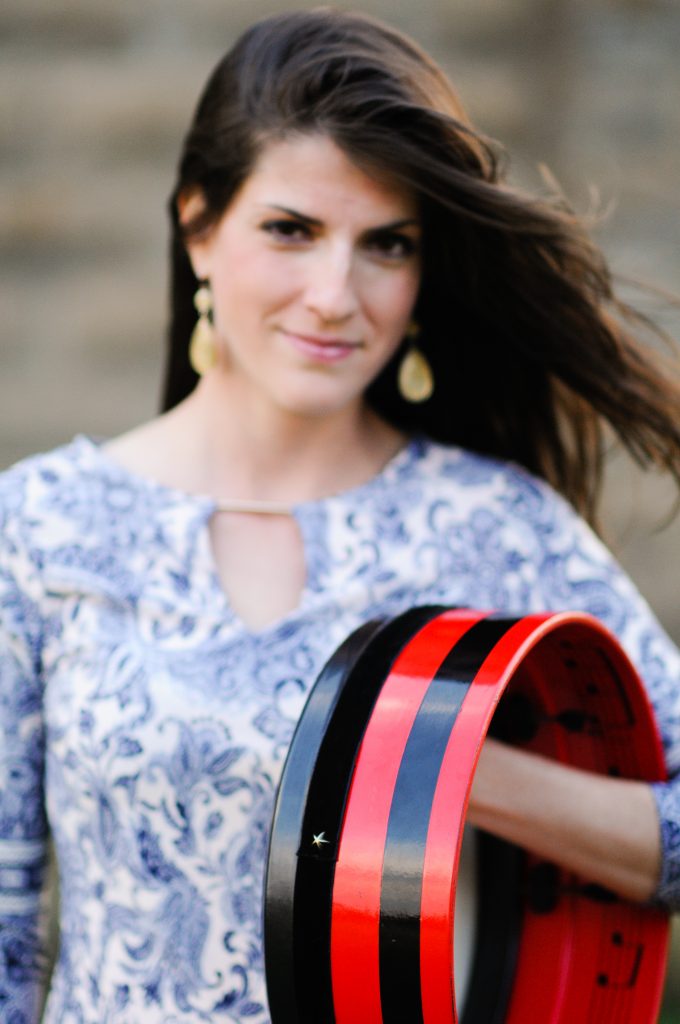