This is part of a series I’m working on where I send interview-style questions to some amazing bodhrán players. I’m really excited about these, and I hope you all enjoy them!

I’m so happy to let you all know that Adam Brown really kindly agreed to join us here for his player profile! Adam has so far been the most requested player that you guys would love to hear from, and I’m so excited to bring this to you all.

Big thank you to Adam for taking the time, we really appreciate it! Enjoy the read, guys 🙂

Hello! My name is Adam Brown and I’m the bodhran player in the band Imar and guitarist in RURA. I got started on bodhran around the age of 3 or 4, which was natural as my family is very musical. We all play an instrument and I chose bodhran because it spoke to me the most. When I was a child we went around to festivals in the summer and I was very lucky to have been taken to many local sessions and gigs that really caught my interest and inspired me to pursue the music I love. As I got older my sister, Erin, was taken along to fiddle lessons at the Cambridge Comhaltas Ceoltoiri Eireann and I was taken along to have a session and tune with the older kids and adults at the end of the night. Then over the years I competed in the fleadhs and started to meet musicians and friends in Ireland and Scotland.

When I was 15, I had to take a woodworking class in school and I had the idea that it would be neat to build my own drum, so I took the idea home to my Dad and we built one together. What unexpectedly followed was about five years of experimenting with different sizes, styles, colours, veneers, and so on until we settled on the instrument we still produce today, our R and A Brown ‘signature’ bodhrán that is played by enthusiasts and professionals all over the world. I continued playing and building drums and eventually I went up to Glasgow for the weekend to play a gig and just never came home as I still live in Glasgow playing in bands to this day. 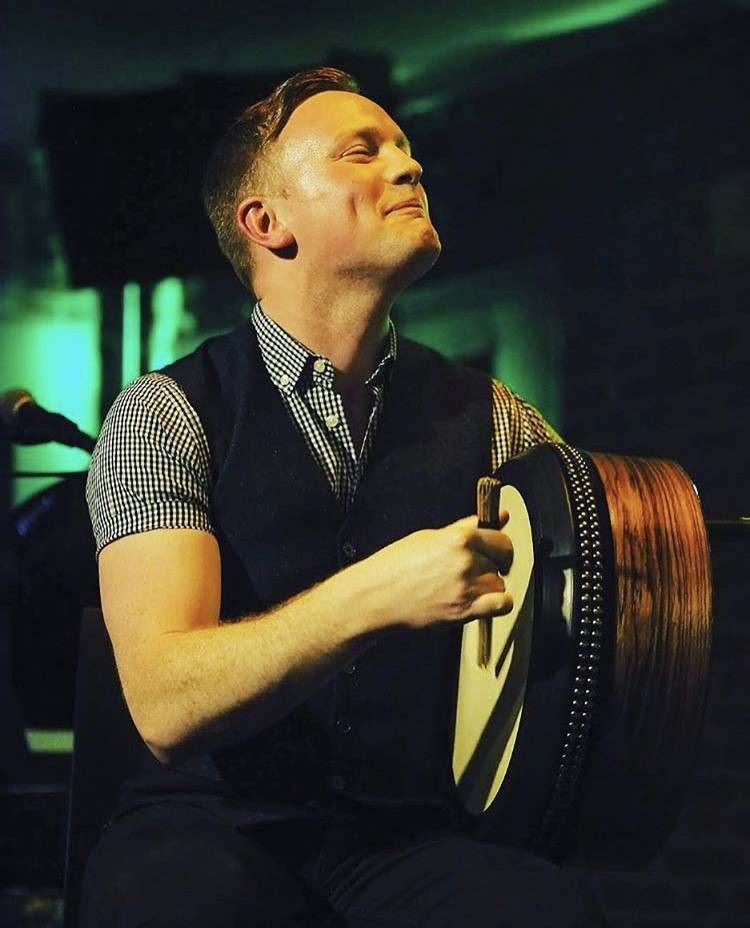 There are many amazing players and young players constantly coming up that keep me inspired and influence my playing. However, the person I would say influenced my playing and my technique the most would be a great friend and tremendous bodhran player called Andy Wilson. When I was a teen, he explained to me the importance of precision and the left hand. Through conversations and by demonstrating these techniques, he influenced both my playing and how I teach others. He planted the seed of “top end style” playing in my head that I play today. He also showed me a Seamus O’Kane drum that changed the game forever.

I feel I’ve always been lucky in that I just absolutely love playing the bodhran. I have always loved listening to trad music even since an early age and used to sit in my room at home and play for hours imagining playing in a band someday. As I got older, and especially since I moved to Glasgow a decade ago, playing in sessions has helped keep me inspired. There is nothing better than playing tunes with your mates at the pub. Surrounding yourself with amazing music and even better musicians you can’t help but be kept inspired. This also holds true in the bands as the lads in both Imar and RURA are great musicians and even better pals. 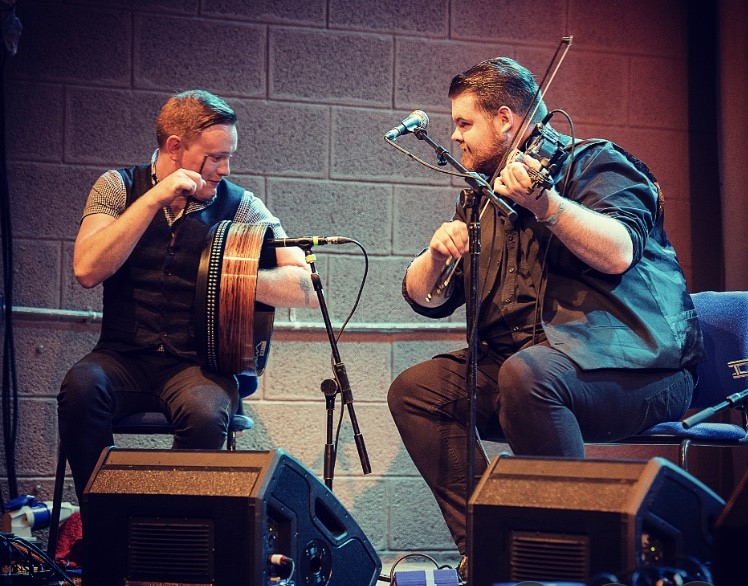 I guess personally the actual physical strain that playing the bodhran puts on my hands for so many years has been challenging, and I know this is the case with many other players as well. I have struggled for a very long time now with my right hand, primarily my thumb. Cramping up and repetitive strain injury can plague bodhrans players. But over the years I have found ways to ease these problems such as reminding myself not to play too hard and not over-hitting, really working on technique, and staying relaxed.

I play exclusively R&A Brown Bodhrans, which my father Roger and I make. Although it started as a hobby it grew arms and legs, and now we make drums for some top players and friends. I play a snake wood stick made by my good friend Eoin Leonard in the Orkney islands. He ran the extremely successful bodhran company Belgarth Bodhrans for many years. I have had the same stick since I was 12 years old and have never needed another luckily. But over the years ordered many other snakewood sticks from him to sell to people buying our drums. I play a really messy hot rod that I made in the shed years ago and luckily it always sounds just right, and I have had it for years now. Similar to most other players I have a protection racket case with the double straps which I think everyone would agree is an industry standard and a must have. 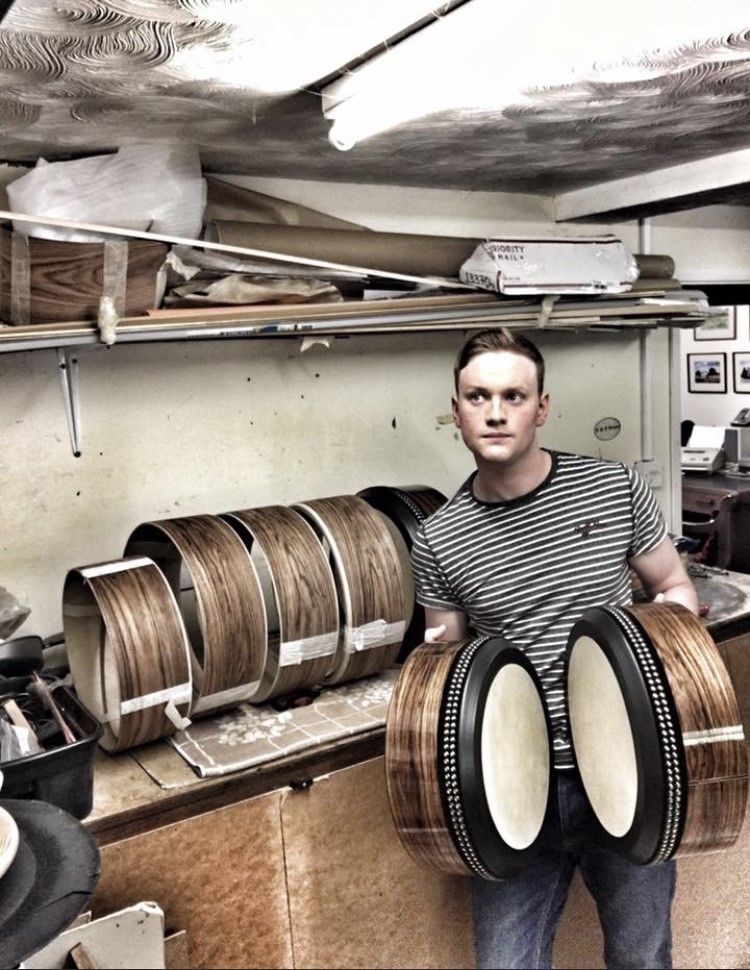 I don’t think any I do is particularly unique; however, I love playing with the thin snakewood stick. I have been obsessed with the high notes of a bodhran for years and how many amazing tones the bodhran is able to produce, and so this is something I often incorporate into my playing. Playing in bands over the years I have also focused on playing along closely with other accompanists such as guitars and bouzouks and I feel it is an important skill when playing trad music. Locking in and being aware of the music going on around you is so important and something I try to emphasize in my playing.

Simply to enjoy playing as much as possible will make you a better player. Listening to music that you genuinely enjoy will help you determine your style and the direction you want to go as a drummer which makes it much easier. If someone does something you really like or if they can do something you are struggling with, just ask them for tips and advice. People are always happy to help. And finally, there is no substitute for practising. At one stage or another everyone has moments that cause you to want to throw the drum across the room. There is no rush – take your time and stay relaxed and it will come in the end.

Here’s where you can find Adam online: 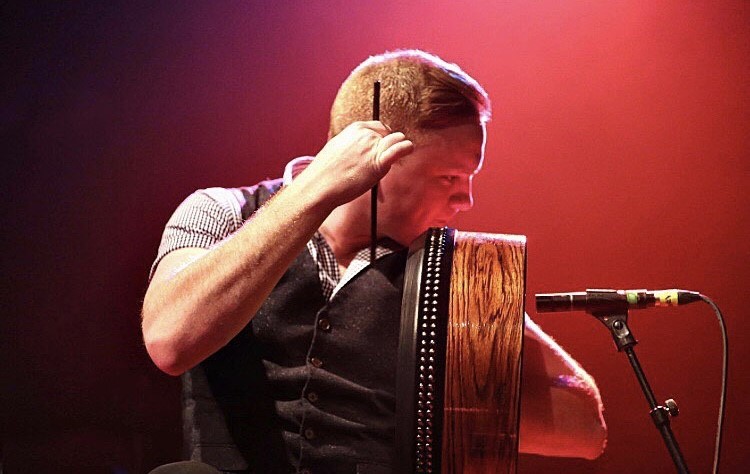